The gentle whirring and humming of machinery and radio welcomes you as you stand outside The Bespoke Metal Workshop, tucked away from the buzz of the market in the tranquil nook on our second floor where many of our community of creative craftspeople are to be found at work; creating, repairing and restoring.

The Bespoke Metal Workshop is the home to our resident clockmaker, metal-worker and watch-repairer Ersan Dogan. Having moved to England from Turkey two years ago, Ersan has cemented his reputation as an exceptional model-maker on a global scale. The walls of his workshop are decorated with masterful examples of his work, the intricate interior motors playing on exposed within the bell-jars that line the shelves of his busy workshop. 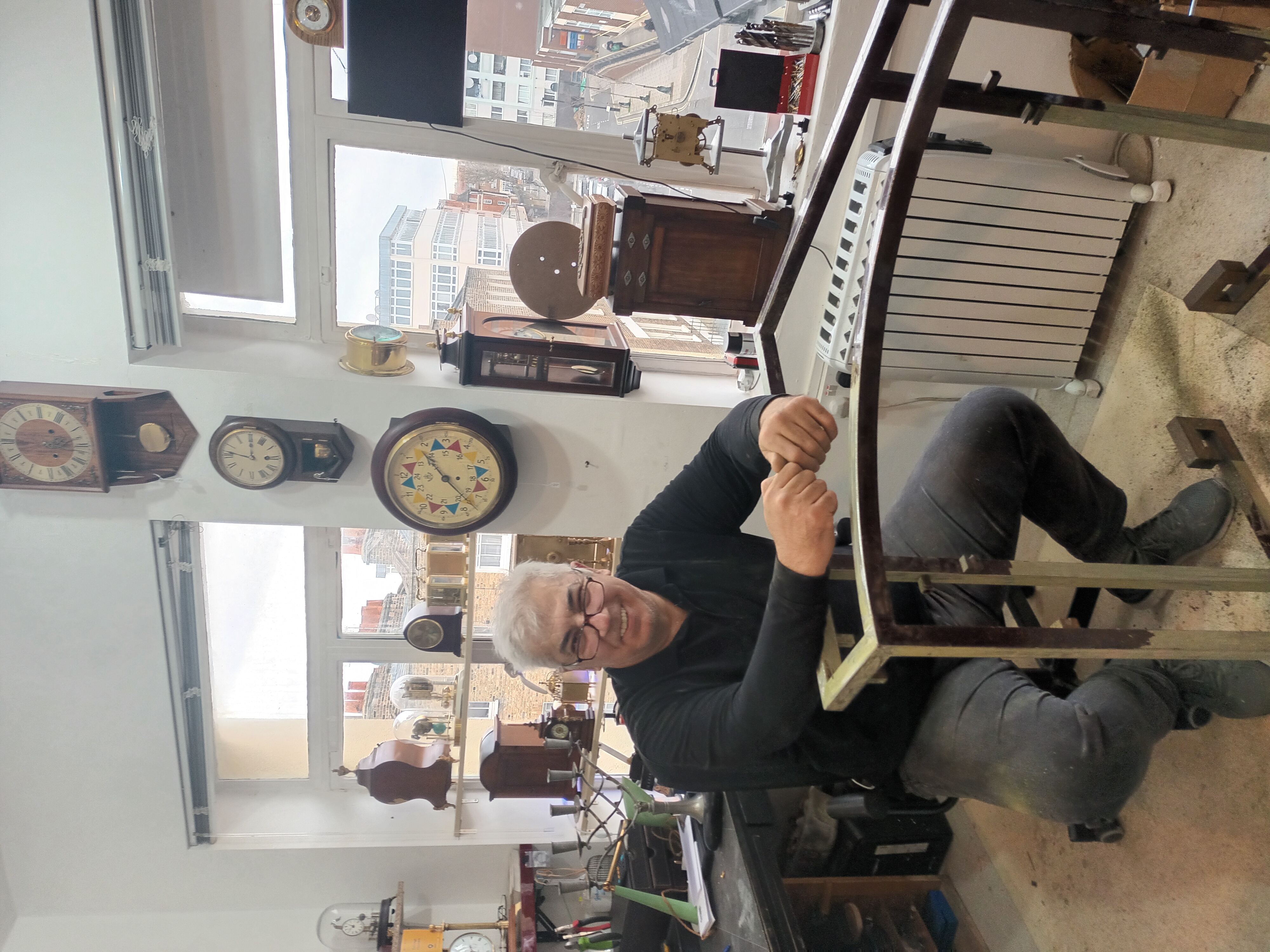 Ersan has a loyal global clientele who flock to him for all repairs and reconstructions but it is his model-making that has always been his passion. Ersan has accomplished many landmark achievements and pioneered several historically significant projects. Perhaps most notable of all is the Galileo Pendulum. Designed by the great scientist Galileo Galilei (1564 – 1642) as an early method of measuring time, Ersan, who is also a former member of the Turkish National Chess team and Chess City Champion for Ankara, was the first person to make a working replica of this mechanism in 2016. It now is displayed proudly in the Cezeri Museum in Istanbul.

We caught up with Ersan to find out more about his projects.

Hi Ersan! Could you explain how you became involved with the Galileo Design Pendulum?

I found Galileo’s pendulum plans on the internet and decided to make one since I have always been interested in the technology of the Renaissance period.

How did you become interested in clockmaking? What in your background led you to this career and these types of projects?

I became interested in clock making when I moved my workshop to the museum because there were many examples of mechanical clocks in this museum. The biggest factor in directing me to this type of project is that I graduated from mechanical technician school. I love mechanics and my profession.

What makes this project so special?

What makes my works so special is that they were designed over 500 years ago, and no working examples have been made by anyone but me.

Where is the clock now?

The clock that was built by me for the first time ever is in the Cezeri Museum in Istanbul now.

How many of these exist in the world? How many people have made these kinds of projects before?

And how long did it take to make?

It took around 6 months.

Can you tell us about the mechanical moon calendar you have made?

Burini is a scholar and engineer who lived 800 years ago. With this mechanical calendar that he designed, you can see what month of the year we are in, what day of the month it is, the image of the moon in the night sky and in which sign of the horoscope it is in. I have made two models of this – one is also in the Cerezi museum in Istanbul and one is in a mosque in Cambridge.

Are these clocks similar in structure to timepieces we still use today?

And what project is next for you?

I would like to work on a very old mechanism that has no working example again, however since technical plans are needed it is quite difficult to find one and start.

Thank you for your time Ersan!